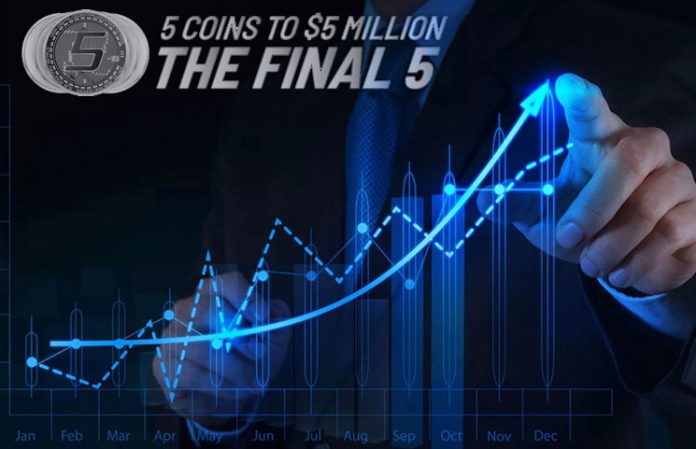 5 Coins to $5 Million is an online webinar scheduled for Wednesday, May 6, at 8pm ET.

During the webinar, crypto investment advisor and former hedge fund manager Teeka Tiwari will share the names of several cryptocurrencies he expects to grow.

Teeka claims the five coins he will reveal during the seminar could “turn $500 into $5 million” because of “a crypto market phenomenon you won’t see again until 2024.”

Teeka makes a big deal out of this mysterious upcoming event, claiming that it may be the last chance for investors to get into crypto at a cheap price for the next four years.

Anyone can attend 5 Coins to $5 Million for free simply by entering an email address online. You’ll receive a link to the webinar on May 6.

Is 5 Coins to $5 Million worth attending? What is the mysterious event that won’t happen again until 2024? What are the five coins recommended by Teeka? Keep reading to find out more.

5 Coins to $5 Million is an online webinar that has taken place several times since 2019. The next webinar is scheduled to take place on May 6, 2020 at 8pm ET.

During the event, Teeka Tiwari will share five coins that could turn a $500 investment into a $5 million windfall. By investing in these coins today, Teeka claims investors can win big.

Teeka claims this is the last chance to invest in crypto at a cheap price until 2024. Why the urgency? Well, bitcoin’s block reward – its emission rate – is scheduled to get cut in half. It’s an event that has only occurred twice before.

Typically, a bitcoin block reward halving is accompanied by a bitcoin bull market. Bitcoin’s price skyrocketed after the last two halvings. Teeka expects the same to occur this time:

“A rare phenomenon strikes the crypto market once every four years — and it’s 100% guaranteed to take place in a matter of days.”

What is the Bitcoin Block Reward Halving?

Bitcoin’s block reward is scheduled to be cut in half on May 12, 2020. It will be the first block reward halving in four years.

What does this mean? Well, every 10 minutes, miners mine new bitcoins. Today, 12.5 BTC are released every ten minutes. This process has been repeated since bitcoin first launched in January 2009.

Bitcoin’s block reward is like its inflation rate or emission rate: every time miners mine a block, 12.5 new bitcoins are released into the ecosystem. More bitcoins are added to the circulating supply.

Bitcoin entered a bull market after its first two halvings. In 2016, bitcoin’s block reward was cut in half, for example. Within just over a year, bitcoin had reached its all time high price of $20,000.

Now, Teeka Tiwari expects something similar to happen after May 12, 2020. The 5 Coins to $5 Million webinar on May 6 is your last chance to learn about the halving – and how to take advantage.

How Much Money Can You Make with 5 Coins to $5 Million?

Teeka has identified five coins that could generate similar returns during this current bitcoin halving. By buying these coins today, you can generate massive returns from a small investment.

Teeka claims that during the 2017 crypto boom, he identified five cryptocurrencies. If you had invested $500 in each of these cryptocurrencies at their lowest point, then sold them at their highest point, you would be a millionaire today. Of course, that’s an awkward way to look at investment returns, but Teeka claims he expects similar returns in 2020.

We cannot tell you the five coins upfront. However, Teeka will identify the coins for free during the May 6 webinar.

Who is Teeka Tiwari? 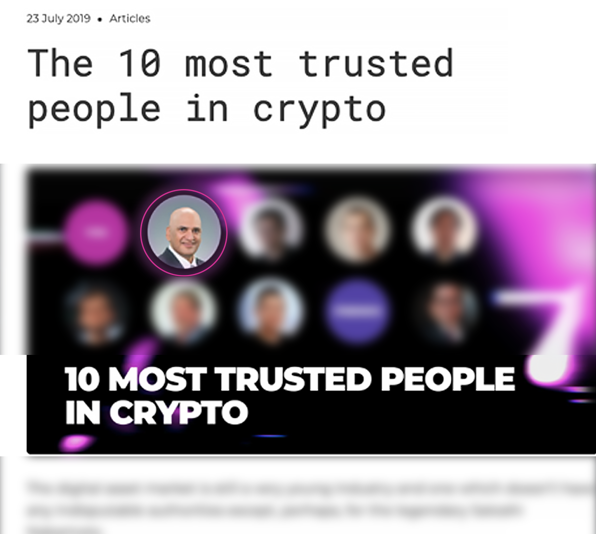 Prior to working as an editor for Palm Beach Research Group, Teeka worked for Lehman Brothers and ran a hedge fund. He has also appeared on Fox Business Network, Fox News, CNBC, and other media.

Teeka and Palm Beach Research Group are somewhat controversial: the company frequently launches events like 5 Coins to $5 Million, where investors are led to expect massive returns from small investments.

FAQ About 5 Coins to $5 Million

Q: When is Teeka Tiwari's 5 Coins to $5 Million Event?

A: Teeka Tiwari of the Palm Beach Research Group is hosting the 5 Coins to $5 Million event on May 6th, 2020 at 8PM ET and is the third installment of the 5 coins to 5 million webinar series. After debuting back in September 18, 2019 with the first version, and following up with it exactly 6 months later on March 18, 2020, the world's most trusted cryptocurrency investment advisor is revealing his last webinar event right before the bitcoin halving scheduled to take place around May 12, 2020.

A: After signing up and registering to joint the free live 5 Coins to 5 Million event, Teeka Tiwari will be explaining “The Phenomenon” and why the third bitcoin halving is a big deal to cut the total BTC coin supply in half per day. After the presentation, Mr. Big T, the Crypto Oracle, will reveal a link to download the 5 Coins to $5 Million report to reveal the list of the final 5 coins that he thinks has a chance to turn $500 into $5 million during the next crypto market bull run.

Q: What is Teeka Tiwari's Cryptocurrency Success History Look Like?

A: Teeka Tiwari has called cryptoassets and blockchain stocks as the investment of the decade. After successfully recommending his subscribers to buy Bitcoin (BTC) in 2016 at under $500 and to buy Ethereum (ETH) under $10 in the same year, Teeka also went on to peg Ripple (XRP) as his top pick in 2017. As if these three coins weren't resume building enough, Mr. Tiwari also went on to predict the 2018 best performing cryptocurrency during the crypto bear market in Binance Coin (BNB), and last year in 2019 was able to successfully pick ChainLink (LINK) too. Now in 2020, the proven track record has continued as Teeka told everyone to buy Bitcoin again on March 18th during the first Jetinar live event from a private jet when the BTC/USD exchange rate value was only $5,300 and now sits over $8,800.

After the last two bitcoin halvings, bitcoin went on a bull run, shattering previous price records. The next bitcoin block reward halving will take place on May 12, 2020, and Teeka Tiwari wants to tell you how to take advantage of it in his 5 Coins to $5 Million webinar.

You can attend the webinar for free by signing up online at 5CoinsTo5Million.com.