Bitnamix is a crypto MLM that claims to offer life-changing earnings opportunities.

After paying an initial Bitnamix’s membership fee and signing up at Bitnamix.com, you can purportedly earn huge returns by recruiting new members underneath you. The six-tier multilevel marketing system pays daily, and Bitnamix claims to double or triple your ROI while paying up to $1 million in your first week. 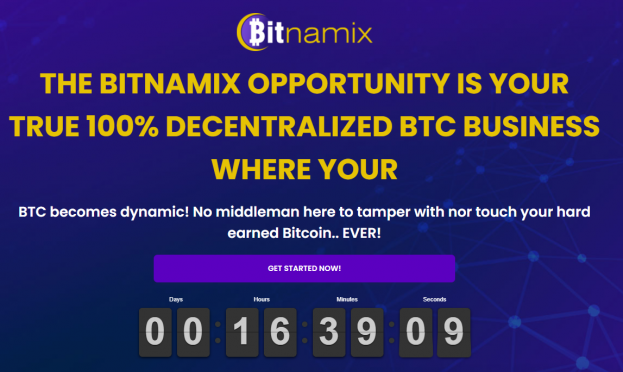 Is Bitnamix a scam? How does Bitnamix work? Can you get rich quick through Bitnamix? Find out everything you need to know about Bitnamix today in our review.

Bitnamix is a multilevel marketing company found online at Bitnamix.com. The company describes itself as a “true 100% decentralized BTC business”.

“Bitnamix combines the most lucrative comp plans in the world, and with the Bitamix extra proprietary touch, we’ve created the comp plan of comp plans on steroids!”

(Yes, Bitnamix misspelled its own name on its official website, labeling itself as “Bitamix” in the quote above, which shows how professional this company is).

Bitnamix’s compensation plan is so lucrative in fact, that members are told to expect six to seven-figure incomes within their first week:

“With our hyper synergistic aggressive comp plan, you will become a BTC SPITTING factory each and every day of the week! Matter a fact, our comp plan is so aggressive many will experience six and seven figures incomes their very first week.”

Even the best MLMs in the world don’t advertise $100,000 to $1,000,000 in income within the first week. Obviously, huge earnings claims are another sign of a scam – so let’s take a closer look at how Bitnamix works to see if it’s a legitimate opportunity or another crypto MLM scam.

The sales page for Bitnamix appeared online in September 2020, with the company launching on September 14, 2020.

Bitnamix does not claim to offer any products or services. Instead, the company’s business model revolves around paid memberships. You pay a fee to join Bitnamix, then recruit other people to the company and convince them to pay the fee.

Officially, Bitnamix describes its membership system as a matrix. Here’s how the company describes it:

“When you enter the matrix you have then activated 13 level of earnings And th,e 3x triple your BTC process begins! The first two rows cause spillover, rolls up to your upline, or goes to your sponsor. Position three, four, and five come directly to you, and the sixth position causes you to cycle and goes to your sponsor! Then the process starts all over again as you open a new matrix.”

As with other matrix-based compensation systems, you’re still involved in a multilevel commission structure – but it’s presented in a different way.

Bitnamix claims your earning potential within the company “never stops” because your position in the matrix never expires, making it easy to double or triple your investment in days:

“Each level you join as your power level up has two times the volume of your previous one. Just imagine each time you level up and double up your earnings triple each and every time Earning you massive explosive BTC AND IT NEVER STOPS! You have unlimited time, and there’s absolutely no expiration in any matrix, and of course the more aggressive you are the quicker you can maximize and triple your earnings!”

As with most MLMs, money gets funneled to the team at the top of the pyramid. As far as we can tell, Bitnamix keeps 5% of all earnings across the entire company, with the remaining 95% distributed across different tiers of the pyramid.

Bitnamix has a six-tier compensation system. You earn compensation across six level. That means you earn money when you recruit someone else to the company, then earn more money when people in your downline recruit additional people.

Here’s how compensation works across each level:

If you add up all these figures, you get 95%. Bitnamix pays daily.

As with most MLMs, you pay a fee to join Bitnamix. The higher your membership fee is, the more income earning potential you have. 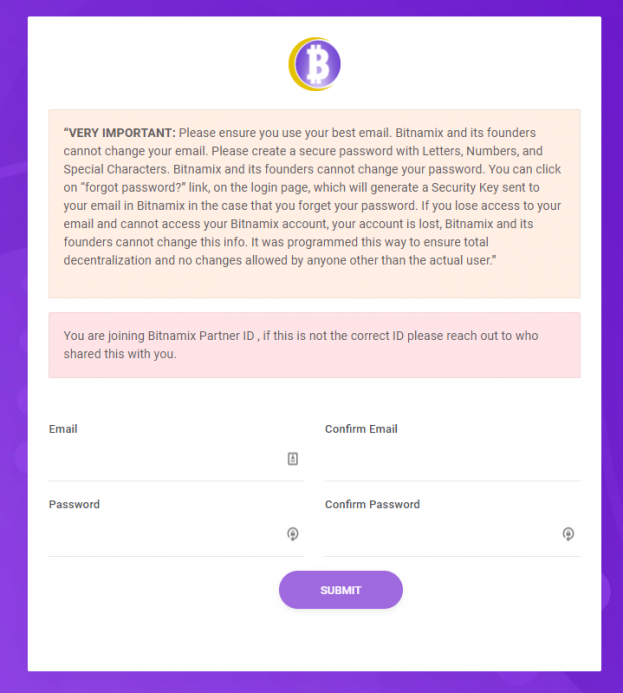 You can get started for as little as 0.006 BTC, although a separate membership fee suggests the fee is as low as 0.003 BTC for some members. 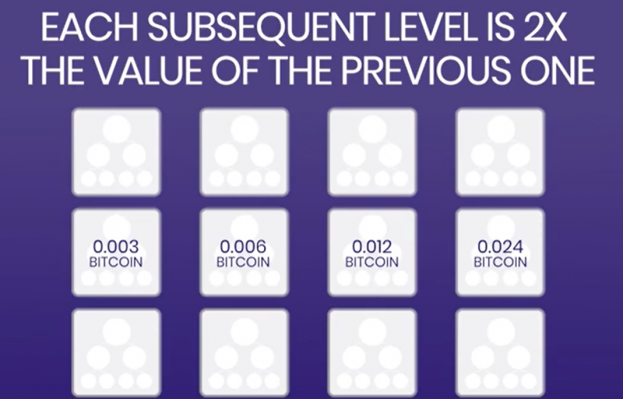 The makers of Bitnamix provide no information about themselves, their background, or their country of origin. 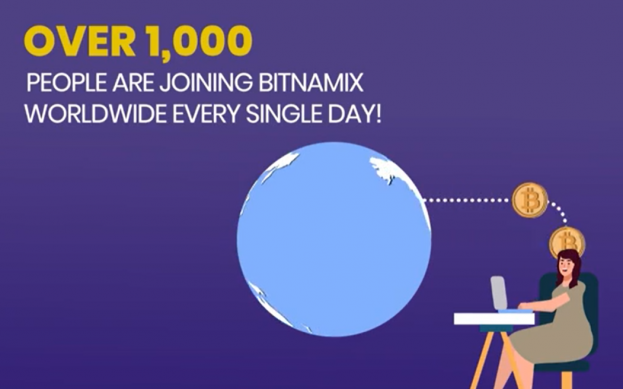 Typically, crypto MLM creators remain anonymous so they can pull exit scams and avoid legal issues. We can find no further information about the Bitnamix team or how to contact the company. The website does not even list an email address.

WHOIS data tells us the Bitnamix.com website was registered on July 8, 2020, to a post office box in Panama.

In some countries, Bitnamix would probably be considered a scam. Most countries consider pyramid schemes to be scams – particularly when those schemes have no products or services and revolve around membership and recruitment. 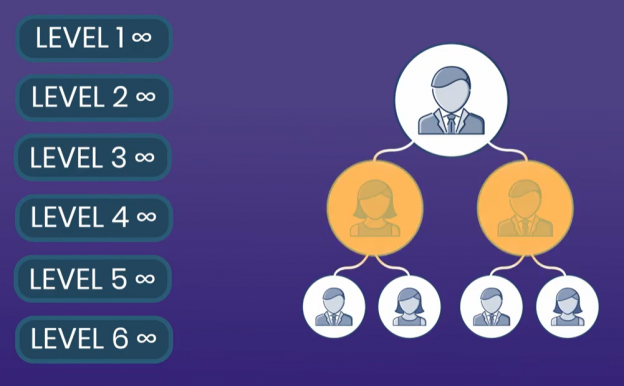 Bitnamix could also be considered a scam because of its lack of transparency and information. We don’t know who’s running Bitnamix, for example, or where 5% of all Bitnamix money goes.

Some people consider Bitnamix a scam because of its advertised earning potential. The creators of Bitnamix describe the earning potential as “literally unlimited” and claim people can “double or triple” their money in a short period of time. Members are also told to expect initial income of “6 to 7 figures” in their first week, which means revenue of $100,000 to $1 million. Even the most effective bitcoin MLM opportunities have earnings nowhere close to this amount, and earning $100,000 to $1 million in your first week is unrealistic for any business venture.

When the creator of a company funnels money to itself and does not disclose its identity, it makes it easy to shut down the scheme at any point and disappear with the funds. Crypto makes it even easier to pull an exit scam. Because we don’t know the identity of anyone behind Bitnamix, there’s no way to prevent an exit scam.

Bitnamix is a crypto multilevel marketing system that claims to pay huge ROIs daily. By paying the Bitnamix membership fee today, you can purportedly earn $100,000 to $1 million within your first week.

Overall, there’s no evidence Bitnamix is a legitimate business. The company sells no product or service, and the company does not reveal any information about itself or its team. As with other crypto MLMs, the purpose of Bitnamix seems to be generating as much hype and membership fee revenue as possible before pulling an exit scam.

To learn more about Bitnamix, visit them online today at Bitnamix.com.