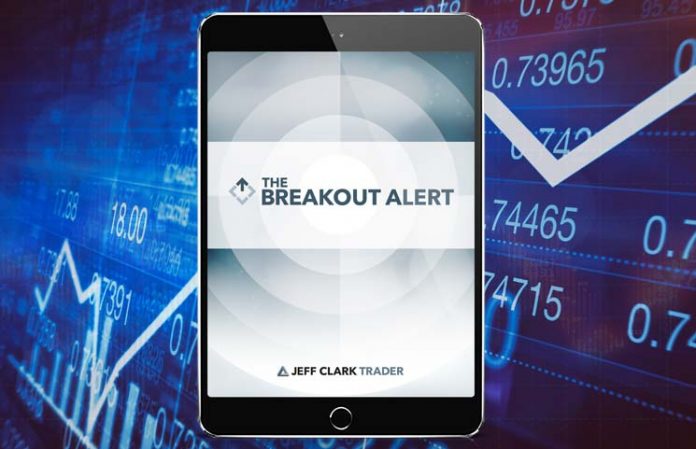 Anyone that has made an investment in the stock market understands the need for guidance sometimes. The market is moving in so many directions right now that the ability to make a profit is difficult, but there are still options available. Jeff Clark, a longtime options expert in the US, has recently developed a method to help.

The first bit of advice that Clark offers to consumers on his website is that the public should avoid trading options on April 9th, instead stating that there’s a way to use “FLIP trades” to double profits each month. He starts off by explaining his credentials, showing the massive wins that he’s taken in the last 36 years. However, this whole deal was started with a simple statement – that Clark will no longer be keeping his funds in options. Based on the information he lays out, he is hoping that other consumers will follow along on April 9th.

Clark describes FLIP trading as a way of watching a trade that is presently dropping and using it to their advantage i.e. “flipping” it. He states that the majority of people haven’t heard of this method, and that it hasn’t been featured anywhere yet. However, it is possible to use this method to double profits in a matter of 30 days without options contracts by tracking the FLIP trade signal. Though this signal is explained online, the best way to learn about it is to sign up with his new program.

The prominent reason that many options traders haven’t used FLIP trading yet is due to the fact that it cannot be done with options. As investors block themselves off by holding options, they are already missing out on major wins that they would otherwise already be involved with. Clark states that the trading done with this method and by cashing out of options could be some of the most profitable moves that an investor could make, showing all of the success and gains on his official website.

The entirety of the FLIP Trade Signal is based around a single formula, which Clark did not invent himself.

One of the earliest publications of this formula was in 1909 in the Journal of the Royal Statistical Society. It has been adapted for many uses, including a Navy engineer’s adaption for the tracking of submarines during the second World War. Without the need for tracking submarines in present day, Clark has created a solution that uses this equation as a way to help consumers profit from the stock market.

As Clark sees it, the next FLIP Trade will be happening at 10:00am EST on April 9th, and options traders will need to take their investments out of options to participate. However, to get involved with the latest venture that Clark has brought to the industry, subscribe to The Breakout Alert.

The Breakout Alert is a monthly newsletter for consumers, providing subscribers to the name and ticker symbol of two stocks every month that have already triggered the FLIP Trade signal. If followed exactly, it is possible for consumers to double their money each time, and there’s presently a trade coming that could do exactly that on April 9th.

Adding onto this subscription, consumers will have access to a 20-page report called The Breakout Alert Guide to Technical Analysis. This report discusses the way that Clark filters through and analyzes the stocks, as well as whether a trader wants to play a short trade or a long trade.

To understand the circumstances of this new opportunity better, Clark has made an exclusive report available to consumers – FLIP Trades: How to Double Your Money by FLIPPING Stocks. This guide skips all the math homework that would ordinarily consume investors that are trying to figure out the equation above. Instead, this report acts as the how-to guide of the FLIP Trades system.

Subscribing to The Breakout Alert

With the subscription, consumers will constantly have updates to the newest trades, access at any time to the model portfolio of The Breakout Alert, and a 45-day grace period to try out the program. If it doesn’t work for the user, they can get a full refund.

As a way to show gratitude for the new membership, other “welcome gifts” include the following guides:

With all of this content, what’s the price? Though the ordinary cost of a one-year membership with all of these tips is priced at $4,000, consumers that sign up now won’t pay even close to that. Instead, the price has been cut down to $2,000, which is a small price to pay for all of the profits that consumers will likely receive.

In addition, for a limited time, new VIP members will have their grace period doubled to, which means that consumers have up to three months to see the recommendations work in their favor. If they don’t make the profit promised, they get a full refund.

To learn more about this opportunity and other trading advice of Jeff Clark, contact the customer service team at 800-752-0820.