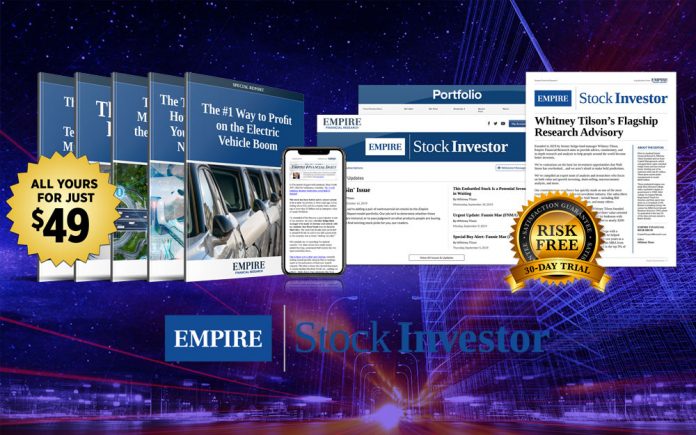 The technology sector is filled with new opportunities to invest, but the current market may be leaving some investors worried. Luckily, there are many guides available nowadays to help direct consumers to the right investments. There is an investor that believes that TaaS (“Transportation-as-a-Service”) could help bring over $5,000 to the wallets of consumers every year without the need to invest at all. The investor – Whitney Tilson – has been a hedge fund manager, an entrepreneur, and has already been asked to speak at events for prestigious schools and even Google.

Tilson is likely a familiar name for many investors, considering that he’s already been featured by Forbes, The Wall Street Journal, CNN, and other well-respected sources. He was ahead of the US mortgage crisis in December 2008 and he exposed a scandal involving Lumber Liquidators in March 2015 before the shares dropped by 80%. Through the years, Tilson has consistently predicted the way that 88 different stocks have fallen, including three famous bankruptcies and the exposure of a rental car company’s CEO. In fact, he also predicted the peak in Bitcoin’s value to the day and how marijuana stocks would start to collapse.

According to claims by Tilson, there’s a new business model and a “convergence” between two types of technologies that could change the entire world. The opportunity – referred to as TaaS – could end up saving millions of lives and could bring in thousands of dollars for the average family every year. With the right moves, it is possible to make major life changes. The goal of the advertisement now is to bring consumers the chance to get involved with this investment, saying that “every American should own” it.

While TaaS is pitted to be a great opportunity, Tilson says that TaaS is going to cause the loss of lots of money too, even bankrupting businesses. With this opportunity, Tilson states, “This is not something that ‘might’ happen. It’s inevitable… 100% guaranteed to take place. In fact it’s already underway in multiple cities, including Phoenix, Boston, and San Jose. The only question is, when it will hit your hometown?”

As Tilson points out, the rise of any single technology is rarely the result of one invention and is often the collaboration between multiple technologies at once. From smartphones to PCs, technology’s movement has always been a collaborative effort. Electric cars stand to benefit from TaaS, which is part of the appeal. With this technology and the right application, electric and autonomous vehicles could push themselves to over 500 miles driven without the need to charge. The cost is substantially more efficient, and the creators of such an investment have even put these services into operation already.

There have already been many investments from companies like GM, Apple, and Intel for this technology, progressing at a rapid pace. By making the investment moves that Tilson recommends, consumers can already be involved before the boom hits. Tilson specifically recommends that the user makes four investments right now that will directly involve them with TaaS:

With these recommendations, Tilson directs interested parties to Empire Financial Research, which is the business he has based in New York City. The financial research service provides consumers with recommendations like these, as well as how to get involved without major losses to deal with. Tilson’s goal is to help consumers achieve their best profits, which ca only be done as part of this subscription service.

The cost to get involved with Tilson is usually high, considering that he’s charged $5,000 just to see one of his seminars before. To subscribe to this service, the cost is $49 per year with the trial subscription. The standard retail cost is $199 annually, but consumers that respond to the advertisement will get a 75% discount.

The subscription includes all three of the reports named in their advertisement, 12 issues of Empire Stock investor, a daily email from Empire Financial Daily with recommendations, and access to all of the archived information available. It also adds an analysis that Tilson has called The Industries Most Affected by the Driverless Car Revolution.

If the user decides that this subscription isn’t right for them, they can cancel within 30 days for a full refund by reaching out to the customer service team.